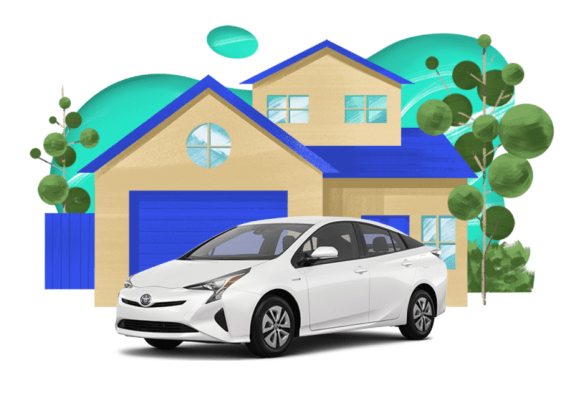 Fair, the $1.2 billion startup backed by SoftBank that has built a smartphone-based car leasing platform that lets people takes cars for as little as one month, is making another acquisition in the ongoing consolidation of the short-term car rental market. It’s picking up Canvas, another platform for leasing cars, from its owner Ford Motor Credit, a division of the car giant Ford Motor Company that provides leasing and financing to dealers and customers.

The price and other financial details were not disclosed, but we have confirmed with Fair’s co-founder Scott Painter that it will give Ford an equity stake in his startup, so there are at least some shares involved. Canvas is a similar kind of business to Fair’s but significantly smaller.

Fair has about 45,000 subscribers currently in the U.S., with 3.2 million downloads across 30 markets, while Canvas has only around one-tenth of that (3,800 to be exact: one possible reason that Ford decided not to hold on to it) across San Francisco, Los Angeles and Dallas. While Canvas offered leases starting at three months, Fair’s start at one month, although Painter said that the average they have found are that consumers take cars for about 18 months, while those leasing for ridesharing use them on average for 12.

The Canvas business will continue to operate, but it will gradually switch over to the Fair brand in the coming months. Those who are currently on Canvas contracts will be given the option to switch over to Fair as those deals come up for renewal.

We have confirmed that Ford is not investing further into Fair with this acquisition — not yet, at least. “This is an opportunity to build a relationship,” he said.

While equity funding is always something that Fair is looking at, he added, the company more immediately is planning to announced further debt funding next week, he said. Fair raised hundreds of millions in debt and equity to date to expand to new cities and buy in more vehicles.

Fair is picking Canvas’s employees, technology and business in the deal, Painter said. The team will stay in San Francisco, where they are currently based, to help Fair expand its operations in the Bay Area and continue hiring. “It’s an important market for us for engineers and developers,” he added. This is Fair’s third acquisition, following Xchange Leasing, the leasing business of Uber, for about $400 million; and of rental car service Skurt, for about $50 million.

The move to Fair will be Canvas’s third home under its third brand.

The company was originally founded as ZephyrCar to tap the opportunity of providing cars to Uber and Lyft drivers among other lease markets. It then rebranded as Breeze to double down on ridesharing. Then, as those rideshare companies explored other options for leasing (including Uber’s own unprofitable foray into Xchange Leasing), it shut down, at which point the team and other assets were picked up by Ford and rebranded as Canvas. At that point, the company shifted to a more specific consumer focus to lease Ford, Lincoln, and eventually other makes of cars.

Over that time, it’s amassed a lot of knowledge and data about car leasing and building that into more efficient, on-demand services, a contrast with many of the traditional leasing services in the market today.

“Canvas’ mission is to provide customers with flexible access to the vehicle of their choice for an affordable monthly payment,” said Ned Ryan, CEO of Canvas, in a statement. “Our strong synergies with Fair make this a natural fit.”

Ford’s move was part of the automaker’s efforts to explore the future of transportation: we’re in the middle of a tectonic shift in the automotive industry where new innovations like ridesharing and autonomous vehicles, along with changing consumer demands, have changed the game when it comes to simply making and selling vehicles.

As Painter characterizes it, Ford’s ownership of Canvas was partly about exploring all of that — something that it will now continue to do as a shareholder of Fair.

“Canvas built an impressive business and we learned a lot about subscription services, fleet management and the technology that underlies both,” said Sam Smith, executive vice president of strategy and future products at Ford Credit, in a statement. “We are proud of the work that was done in support of Canvas and we wish the entire team the best of luck.”

Ford’s competitors — including GM, Daimler and more — have also made big investments and acquisitions in an effort to better understand the shifts, and to hopefully keep a sizeable business alive in the future, a pattern that is likely to continue.

“I think if you’re a carmaker today, you have to think about how the world is changing and how to serve consumers given the rise of smartphones and the changing business models of the automotive industry,” said Painter.